UKCA certification process completed: secured access for our products to the British market 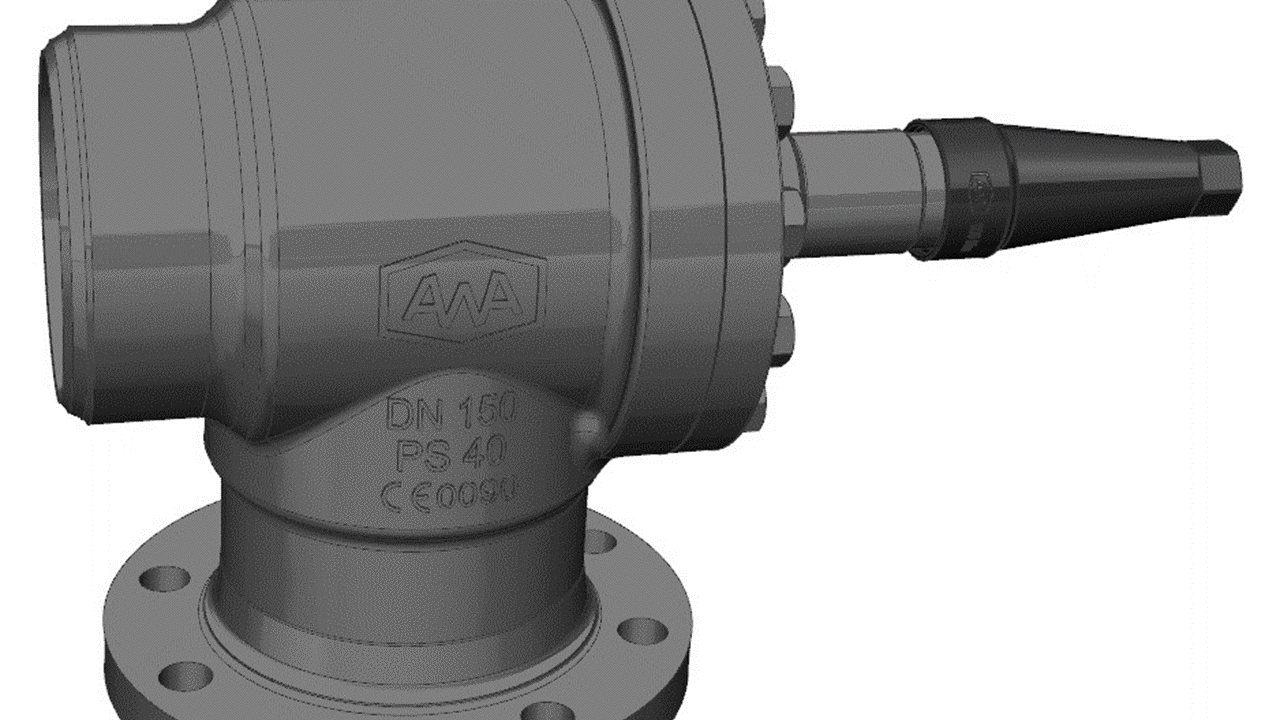 From 1 January 2023, only pressure equipment certified with the UKCA mark (United Kingdom Conformity Assessed) may be introduced to the British market. The UKCA mark replaces the previously valid CE mark. In the meantime, our pressure accessories and valves are UKCA certified – thus we offer planning security for all our customers in Great Britain.

For more information on UKCA certification, please visit the website of the responsible certification authority: https://www.hpi-ceproof.com 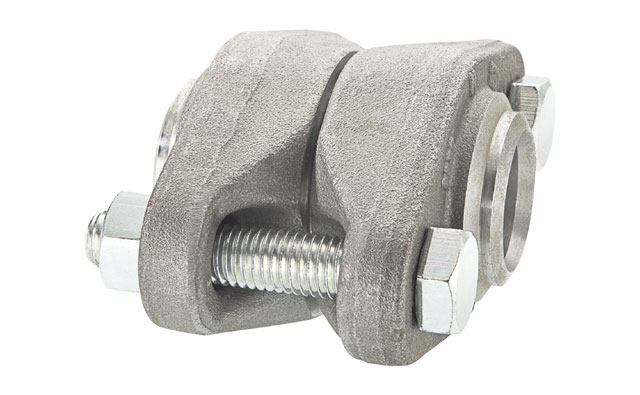 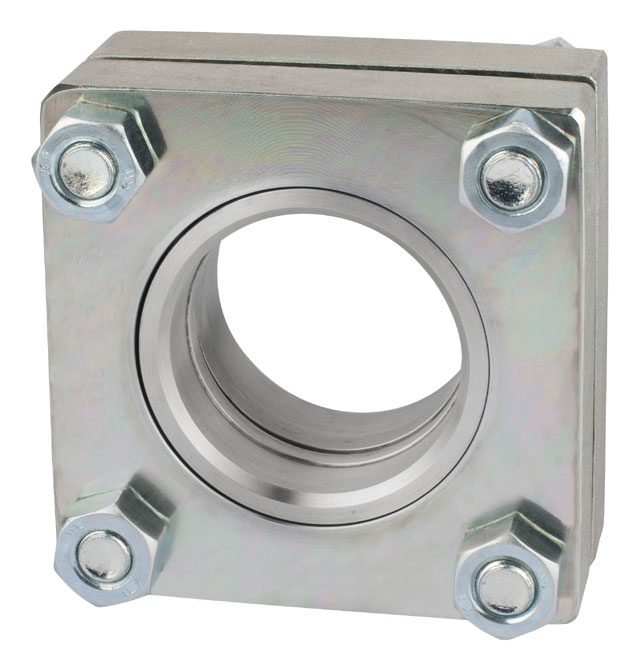 More than 140 years of experience, flexibility and the use of the latest technologies.
AWA is a leading manufacturer of refrigeration armatures.

Compact dimensions, lightweight and user-friendly assembly have been the hallmarks of AWA flanges for decades.

In response to current customer requirements, we have expanded our proven flange portfolio with stainless steel derivatives.

The sophisticated tongue and groove system with chambered gasket allows compilations of different material pairings of one nominal size. Soldered and welded connections can also be combined.

“Safety First” also applies to flanges, which is why the entire range of welded flanges is EC type-examined.

»You can find our current flange catalogue here.« 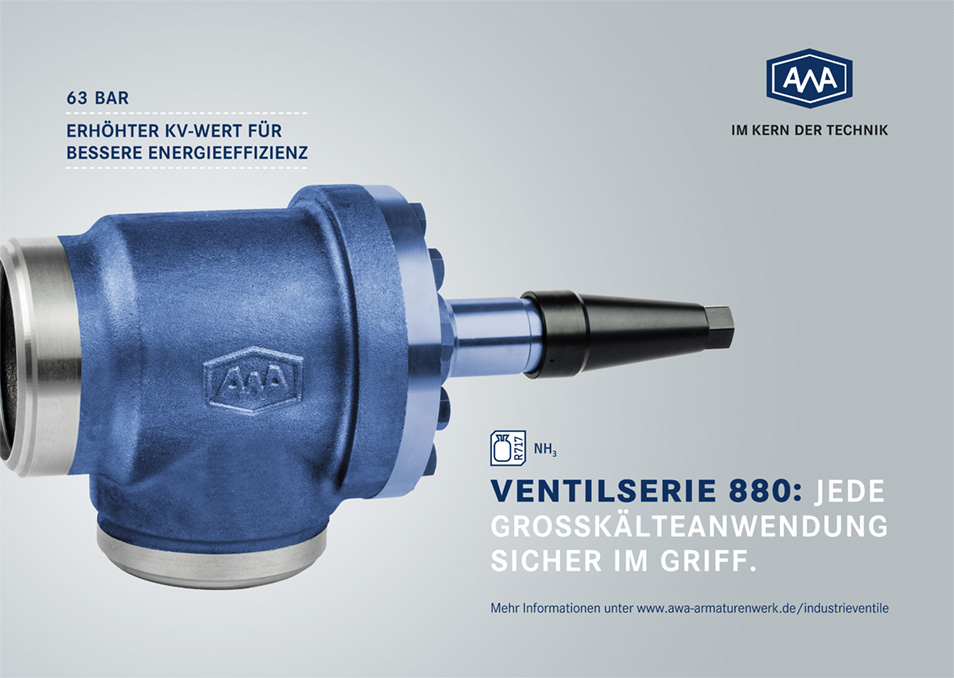 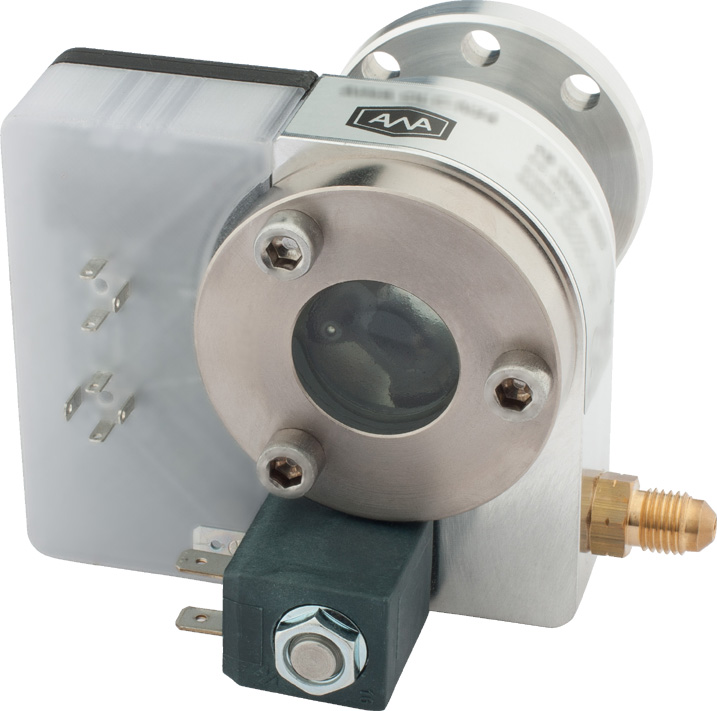 The AWA OLC guarantees the optimum oil level in refrigeration compressors and is used in compound systems with reciprocating or scroll compressors. Its functionality is essentially based on the almost infinitely variable level measurement by means of an electronic float sensor. It can be used in systems of up to 120 bar for a variety of refrigerants and oils and ensures permanent and instantaneous level detection. In addition to the level, the speed of change of the level is also evaluated for the first time.

The electronic float is insensitive to foaming and swashing oil. Other features of the OLC include the large sight glass for better level recognition, an LED display on the front for fast status recording and the modular adapter system for connection to all common compressor types. The installation dimensions, reduced by up to 25 per cent, enable plant constructors to design more compact composite plants.

Innovative algorithms of the autonomous electronics enable two new special functions to protect the refrigeration compressors: the Power ON Logic and the Emergency Injection.

Emergency Injection for sudden oil demand
When there is a sudden increase in oil demand, which can occur with frequency-modulated compressors, for example, the oil level drops abruptly from the normal to the alarm range. This rapid oil level change is detected by the OLC: It deactivates the useful delay in normal operation and injects oil immediately.

Permanent level monitoring in normal operation
For optimum lubrication of the compressor, the AWA OLC regulates its oil quantity to a level of 40 to 60 per cent. If the value falls below the normal range, a delay counter is activated. During normal operation, this prevents the system from swinging up and the compressor from overfilling. After ten seconds the injection of oil begins. If the oil level drops below the critical range (40 to 25 per cent) despite active filling, an alarm counter starts which switches an alarm relay after 80 seconds. This relay contact can be tapped and used, for example, to switch off the compressor or trigger an alarm routine.

Around the globe, market leaders in the refrigeration and air conditioning industry rely on the precision and the quality of AWA products. Armaturenwerk Altenburg offers an extensive and progressive product portfolio of fittings, service valves, sight glasses, adapters and other components. The traditional German company was founded in 1879 and has been part of the BITZER Group since 2013.

Overview of images
Images may only be used for editorial purposes. They can be used free of charge if the source is given – ‘Photo: BITZER’ – and a free copy of the publication is sent to us. Images may not be modified or altered, except to crop out the background surrounding the main subject. 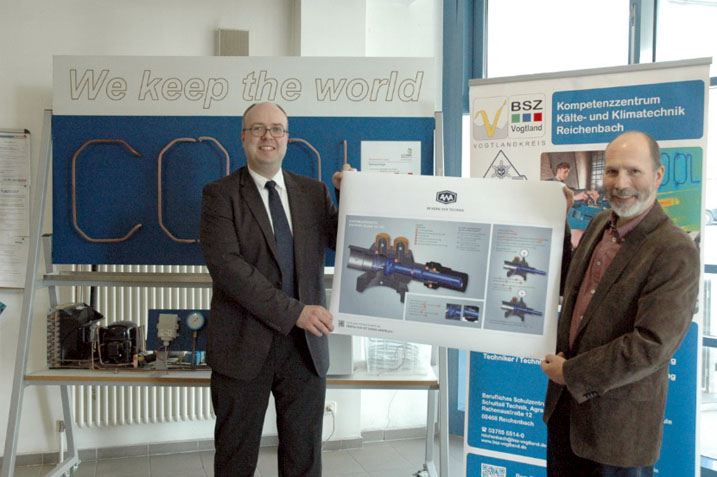 Armaturenwerk Altenburg (AWA) has been a leading refrigeration valve manufacturer for almost 140 years and is a partner with both global compressor manufacturers and HVAC mechanical contractors. We have always been committed to training and educating our employees and customers.
In close cooperation with pedagogues and experts in refrigeration and air conditioning technology, we have now developed an educational poster that provides visual explanations of the mechanical construction and function of valves.
In addition, the poster offers typical application and operating information.
On the occasion of the Opening  Day at the BSZ Vogtland, we presented this poster to the general public for the first time.
We would be pleased to support your commitment to training and apprenticeship with our poster of the AWA valve cutaway. Please contact support@awa-armaturenwerk.de.

Zurück nach oben back to top